Former Chicago Cubs star Derrek Lee and Boston Celtics CEO and co-owner Wyc Grousbeck have decided to combine their talents to eradicate a disease that has touched both of their families, Lebers Congenital Amaurosis or LCA. They call their effort "Project 3000" because a central part of their plan is to find every man, woman and child affected with LCA in the United States - about 3000 people. 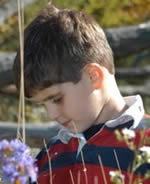 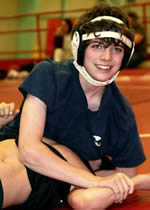 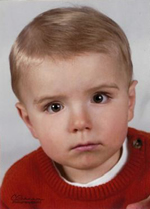 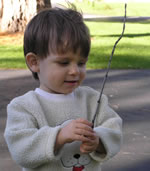 LCA is an inherited form of blindness that is usually apparent shortly after birth. In most cases, affected children are otherwise completely healthy but a subset of children do have other problems such as learning disabilities, autism, seizures, or kidney disease. At least seventeen different genes are currently known to cause the disease and as a group these genes are responsible for about 70% of all cases. There have been some very exciting developments regarding treatment for LCA. Years of research led to treatments to restore vision in animals with similar disorders and in 2009 the first human clinical trials met with similar success. It is expected that more treatments will soon be ready for testing in human beings and for most of these treatment trials knowledge of the disease-causing gene will be important.

The discovery of the genes that cause LCA and the availability of useful tests for disease-causing alterations in these genes are both so new that most affected individuals are currently unaware that such testing exists. Project 3000 seeks to identify every person in the United States affected with LCA and offer them state of the art genetic testing on a nonprofit basis through the John and Marcia Carver Nonprofit Genetic Testing Laboratory at the University of Iowa. For affected families who lack health insurance, philanthropic donations will be used to reduce the cost of the testing.

A project of this magnitude will require many partners. The four groups that have joined forces thus far are:

There is something you can do — Click here to find out more.